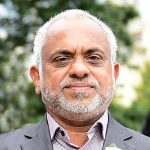 Freedom of expression is regarded as the most significant fundamental right of a citizen in a democratic society. This right is of paramount importance as far as writers are concerned. Since “Pen is mightier than the sword’, writers have a very vital role to play in the political process as they are capable of having a huge influence on public opinion. History offers numerous examples where political revolutions and replacement of political power were inspired by writers who were bold enough to stand up against injustice and abuse of power. In fact, writers have been instrumental in overthrowing many arrogant and cruel dictators and in the establishment and continuance of democracy in many countries. Though democracy is the order of the day, recent developments in some democratic countries like India and America indicate signs of weakening of basic democratic principles and fundamental freedoms. The role of writers in the political process becomes all the more important and significant during such turbulent times.

This segment was initially conceived as a “Debate” with only two diametrically opposed and clear-cut views about writers and the political process, i.e., “Writers should participate directly in the political process in a democratic society Vs Writers should be independent and act only as a correcting force in the political process.” During the process of identifying participants for this debate, we have come to realise that limiting this topic to the subject matter of a debate with only two dimensions would amount to underestimating its versatility. So, we have decided to have a symposium about this sensitive topic, where participants could approach it from various perspectives and express their views without being restrained by the framework of a debate.

The participants of this symposium are drawn from diverse backgrounds and cultures. Two prominent celebrity Malayalam writers who are very active in social media also are participating in this symposium along with three Indian Australians. We are hopeful that this symposium will inspire and stimulate our readers to understand and recognise the unique role of writers in the political process in a democratic society.