Writers should fulfill their social obligation 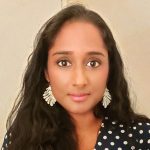 Let me preface this piece by disclosing that I am not a writer. But as someone with an interest in politics, and having run as a candidate in a state election, I have thought a great deal about this topic.

George Orwell, in “Why I Write,” asserts that “the opinion that art should have nothing to do with politics is itself a political attitude.” The assertion that writers – or indeed any one of us – do not have an obligation to participate in the political process could only come from a position of ignorant privilege. The rest of us cannot escape the duty to engage politically in a democratic society. The South African writer and opponent of Apartheid, Nadine Gordimer stated “There is no escape from politics for a writer or for anybody. We are all bound to the systems of power and human behaviour that surround us. To not see or to deny this, only reveals one’s privilege.”

The word “politics” often conjures up anxiety due to common misuse; a singular narrow definition. It is often aligned with partisanship, or corruption in public office, or the divisive debates in Parliament. This is the reason many, including writers, may disengage or disassociate with the term; to avoid being labelled “Political” for fear of being coloured with hues of bias and propaganda.

But, being “political” is not a choice for writers or for anyone, it is a necessity.  Politics is far too important to be left to politicians. When politics is the right for clean water, or a vehicle for prejudice, or a threat to the free pursuit of education, politics ceases to be about partisanship or elections, or a choice or a hobby, but becomes a fight for basic human rights. The politics that we speak of is the impact of injustice, inequality, prejudice, classism, instability, oppression and the like on our everyday lives.

While delivering her keynote address at the Edinburgh World Writers’ Conference in Trinidad, Olive Senior, a celebrated writer spoke of the importance of writers in addressing these most important issues: “The good thing is that in doing so, the creative writer has enormous resources that the fact-based writer has not. Literature is an art. It is about transformation. It is about taking one thing and making something else of it, changed but recognisable. So, politics might be the subject matter, but only as raw material. Literature does not need to employ polemics or confrontation. Nor is it about telling readers what they already know, but enabling them to contemplate what they didn’t know they knew. It is not a question of avoiding issues but of being crafty in portraying them.”

In the current social media world where some politicians throw the term “fake news” at any attempt at deviating from the “spin”, writing itself is a political act. In the social media age where anyone can share their political views to thousands in minutes, it becomes the duty of the writer – and especially that of  the most famous writers – to step in and be the voice of those oppressed and overlooked. The celebrated fiction writer J.K. Rowling often takes to twitter to share her lived experiences of discrimination, poverty and misogyny and asserts her political voice to an audience of “social media followers” who may not otherwise be exposed to political thought or well-articulated political commentary. Writing has always shaped political thought: George Orwell, Jane Austen and Harper Lee to name a few. Science fiction writers often imagine a future scarred by climate change or war. Even children’s authors: Dr Seuss wrote Horton Hears a Who! as an apology to the Japanese for racist cartoons he drew during WWII. All writing is political. Journalism, social media commentary, blogs, lyrics, poetry, novels, all of it is political and sometimes even dangerous as when someone speaks in words, someone can listen, understand and act. This is why writers have a duty in a democratic society to be the voice of the oppressed, the speaker of truths and foretellers of the future our current course may lead to.

Writing is still very much a dangerous act in much of the world, with judicial harassment, threats, attacks and imprisonment of writers. Every year, on November 15, PEN International observes the Day of the Imprisoned Writer. Last year it appealed for the release of five writers: Lydia Cacho Ribeiro (Mexico), Stella Nyanzi (Uganda), Shakthika Sathkumara (Sri Lanka), Nedim Türfent (Turkey) and Galal El-Behairy (Egypt) who have been imprisoned  by the State for their works on issues of human rights. In 2018 alone, PEN International states that “the Committee to Protect Journalists reported that 34 journalists were killed in retaliation for their work, including the prominent case of Jamal Khashoggi, who was tortured and murdered in the Saudi consulate in Istanbul in October 2018”.

It is not only the State that poses a threat to writers, the 2015 shootings by Al-Qaeda at the French satirical weekly magazine ‘Charlie Hebdo’ for publishing cartoons is an example that even in a democratic society, the threat of retaliation exists on many fronts. Charlie Hebdo then went on to re-publish that same piece in 2020 stating that literary freedom cannot be extinguished by force or violence. This is the very reason why writers should be a political voice, as the necessity to convey the different views within society, and challenging the established narrative, becomes more and more a struggle for survival.

Joe Fassler wrote in The Atlantic: “Shouldn’t every writer ask herself, Which stories are most worth telling, whether you’re a fiction writer, journalist, essayist, poet, playwright? Which is most worth telling, War and Peace or Anna Karenina? Both, of course. Both define in a singular and enduring fashion a time and a place and a nation and its culture.” It is sometimes the domestic, and the ordinary, and even the unremarkable that challenges the political establishment. Political writing can be, but does not have to be, in the form of a scathing report on inequality; it can be a novel set in 2020 in the housing commission streets of Wentworthville, NSW, about an Aboriginal man’s struggle to find a building apprenticeship. By virtue of being fiction, a story like this may reach and speak to thousands more about modern day discrimination, racism and inequality – particularly to those not likely to be reading the Sunday paper. Fiction writers then have the ability to bring the political issues in the most unexpected ways to bring about lasting change.

E.M. Forster’s essay in 1941 arguing for ‘Art for Art’s Sake’ states: “The responsibility of intellectuals includes also the recognition that we cannot live above or apart from our own time and what it imposes on us; that willy-nilly we breathe inside the cage of our generation, and must perform within it. Thinkers—whether they count as public intellectuals or the more reticent and less visible sort—are obliged above all to make distinctions, particularly in an age of mindlessly spreading moral equivalence.” It is with that thought I urge you writers to take up your sword – the pen, the keyboard or even Twitter – and do your duty in bringing  your voice to the most important issues of these unprecedented times.