Writers and the political process 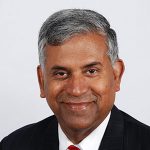 Writers should fulfill their social obligation by participating directly and actively in the political process in a democratic society”.

This is not a topic that would have occurred to me; still I will attempt to respond.

As human beings, we all have a view on topical issues and events. Some people articulate that view in writing. Some do not.

There are many people who think that the political decision-making process is best left to ‘politicians’.

Some of us simply do not wish to think beyond our immediate daily needs and those of family members. Recently I met a young man of 28 years who approached me to help him get a higher level of employment. He is a civil engineer. When I asked him who his neighbours were, he couldn’t answer.

Some people take many factors into account before bringing out their viewpoint. These can include the times, context, surroundings, geographic location in which they live, prevailing power-balance and who they might offend. They are reasonably careful not to argue with someone else as this could be fatal to their relationships or even their employment in the short or long term.

If you agree with what I have said so far, then you may also agree that a writer’s decision to engage in political debates, or the political process, is shaped by their life experience, the demands of their employment, and socio-economic realities; even their family, friends and neighbourhood.

Some writers twist and turn the facts of any incident to suit their ideological and political thinking. I do not wish to name some of those who are writers in very popular news outlets!

Therefore, readers in the modern world find so many writers actively involved in the political arena, advancing a conservative or progressive political agenda, which they believe is best for society.

Equally though, there are many people who write simply to share their experience or thoughts or scientific or other findings. Examples of this include someone writing for a scientific magazine, contributing to a recipe book or providing technical advice such as how to use a computer programme.

Some writers enjoy the pleasure of writing itself and have no other motives. Still others write to influence humanity, but not necessarily with a political purpose in mind. There have been many writers who have influenced millions by their analytical skill and acumen in stimulating people’s thought process.

We should not underestimate the power of the pen – it is mightier than a sword – as the saying goes. In short, the writing skill is a powerful one. How one uses it to persuade or influence others in a particular direction can contribute to the upliftment of a democratic society.

Whether you are a factory worker, a lawyer or a doctor, direct participation in the political process is not restricted to one category of professionals or the other. In that sense, writers are not excluded. It all depends on the positive notoriety that a writer seeks to acquire over a period of time, writing on subjects that no-one has dared to write about. It also depends on their willingness to forcefully challenge the established political institutions and authorities that shape what people think.

By their action, writers certainly are special people. Their role should be valued by all of us, irrespective of whether they seek to use their talents to participate directly and actively in the political process in a democratic society.