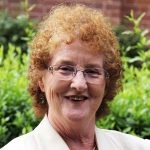 *(This tale, inspired by  the 5th century moral epic Tamil poem, “Silappatikaram”, is a very liberal re-telling of that classic)

In a time when citizens expected their rulers to govern wisely, a tall, dark woman called Amrita and her handsome husband Manju lived in a town beside a wide river. He wove silk that they harvested themselves while Amrita embroidered the fabric with intricate designs of flowers, ferns and birds. People praised the beauty of Amrita’s handwork. It was rumoured that the cloth exhaled the perfume of roses and jasmine and the faint music of nightingales and shamas. “Amrita weaves dreams into her cloth,” it was said. “She has secret powers.” So, in the market, their cloth sold very quickly, especially at festival times.

One day when Amrita was carrying lunch to her husband, she saw a woman at the stall, close in conversation with Manju. The woman was shapely and fair with golden-tipped hair that hung in ringlets to her waist. There was something about her jewellery and the way she wore her sari, low around her hips, that was unsettling.

“Who’s that?” she asked Manju, tossing her head in the direction the woman had taken. “Oh. Her? That’s Rati,” her husband replied. “She’s a good customer.”

Amrita forgot about the woman.  She began to notice changes in Manju. He became distracted and edgy. In the mornings, he rushed from the house earlier and earlier and returned later and later.

“You’re working too hard, Husband,” she said one evening. “Let me come to the market and assist you.”

“No, no,” insisted Manju. “We need you to keep creating designs. You know it’s only you who has the gift to work enchantment into our cloth.”  So Amrita let the matter drop.

Then, one night Manju didn’t come home at all, not until the rising sun had already cast thin fingers between the shadows of trees sleeping on the river’s smooth surface. Amrita had not slept, worrying about him all through the dark night.

When Manju let himself quietly into the house, he refused to answer her questions. He stopped long enough only to collect more cloth for sale and left once more for the market, leaving Amrita troubled and hurt.

A few days later, Amrita saw Rati again at Manju’s stall. Rati’s dangling ear-rings flashed in the sun as she tossed her curls and fluttered her eyelids, laughing at something Manju had said.  Rati bent in towards Manju, speaking closely into his ear. Even Amrita would not be so forward with her husband in the marketplace. She asked one of her friends if she knew anything about the woman.

“Rati?” her friend replied. “You don’t want to know her. She’s not your type at all. And no good for the reputation of your cloth either. Why?”

“Just saw her in the market, at the stall.”

Amrita suspected that her friend’s warning had come too late. Under the woman’s spell, Manju had already begun to woo Rati.  A few weeks later, he left Amrita to settle with Rati in her house in a grove of trees close to the river.

Amrita continued to produce the silk.  Alone, she worked day and night – spinning, dyeing, weaving and embroidering.  The cloth was as fine as ever.  People said the new rich colours Amrita used made it even more beautiful than before. Its enchantment continued.  Now, once a week, she took the cloth herself to the market to the stall.

Of Manju, she saw nothing, and after a short while, even customers stopped asking for him. One day, she heard a woman whisper hoarsely to her husband, “Isn’t that the woman whose husband ran away with Rati? Let’s go somewhere else.”  Amrita burned with shame. On another day, a wealthy woman threw a little extra money on the counter as she left, saying, “You need it dear. Poor thing.”  Amrita took the money and gave it to a blind beggar. “Far better,” she murmured to her cat that night as she worked on more designs, “if the wealthy haggle with me over an extra paise rather than have to endure their pity.”  When she went out, she walked through the town, her head high, accompanied by the rattle of the gem-filled charms on two silver bracelets that Manju had given her on their wedding day and which she still wore.

A year passed. One day as Amrita sat working at her loom, she heard a peacock cry. Lifting her head, she gazed out through the open doorway to watch its passage. Someone was approaching. Gradually, she recognised her husband and the features she had loved so much and was surprised to find herself stir with excitement.

Manju called her name from the gate. He knelt in the dust and begged her forgiveness.

Amrita remembered the lonely nights and the whispers in the market place. “You took what we had made together and gave it to Rati. Go back to her.”

“I have given all my money to that woman to get rid of her,” he told his wife.  “I have nothing to offer you but my repentance and love.”

The next day Manju returned. And the next.  Each time Amrita closed her door.

On the seventh day, Amrita threw away her anger and opened her door to Manju. They embraced with sadness.  When she went to the market now, the whispers were, “Isn’t that the woman who took her husband back?”

The couple decided to move to begin again somewhere else. The small reserves that Amrita had been able to build up had dwindled but they heard that there was work to be had in the royal city. So, reluctantly, they sold Amrita’s loom and moved, finding a small house in the shadow of the royal palace. Very soon, because he was a good worker, Manju was given a job as gardener in the palace grounds.

The Queen saw the handsome new gardener and ensured that she often walked near where he was working.  Manju, determined to make up to Amrita for the unhappiness he had caused her, was too busy to notice the royal presence.  The Queen became more blatant in her attentions towards him.  One day, she instructed the Head Gardener to send Manju to prune the mango trees at the far end of the grounds. Here, thickly-planted hibiscus and bougainvillea created a dense screen around a small lake. As Manju worked on his task, the Queen walked to the lake edge, removed her gown and waded naked into the lake. She called out to him, “Gardener, come here.”  Manju looked and saw her enticing him. The sun glittered off the water and shone around her body. He drifted towards the water’s edge. He thought of Amrita, her faithfulness and her forgiveness. He abandoned his tools and ran from the Palace grounds.

Manju told Amrita what had happened. They decided to resume their weaving although they would have to buy a new loom. Their small wooden money box was empty. Amrita took off one of her silver bracelets. “Take it to the silversmith tomorrow,” she said. “We can live for one month on the money he will give. By then we will have finished some cloth.”

Manju knew her fondness for the jewellery, but he did as she had said. The silversmith was a greedy man who always retained for himself some of the silver and gold and stones that he handled. When the Queen had sent her silver bracelets to him to have them polished, the silversmith had melted one down and sold it for a huge profit.  He told the King’s guards when they came to collect the pieces that a robber had come when he was working, hit him on the head and stolen one of the bracelets.  After the guards had reported this to the King and Queen, they were sent back to stand watch outside the jeweller’s shop.

Manju went to this same silversmith and handed over Amrita’s silver bracelet. The shop-keeper’s sharp eyes detected that Amrita’s bracelet was almost identical to the one he had stolen from the Queen.

“Thief. Thief,” he shouted. The guards stationed outside rushed in. The dishonest jeweller pointed to Manju. “He’s the one who stole the Queen’s bracelet.” The guards seized Manju, tied him in chains and dragged him to the palace.

“Here’s the bandit who stole your bracelet,” they said to the Queen. The Queen recognised Manju and looked away.

“What should I do?” the King asked her.

“He should get what he deserves,” she said.

So the King ordered the Guard to take Manju and kill him.

Amrita was filled with grief and anger when she saw Manju’s body. She took her second bracelet with its jewelled charms and ran to the Palace. She demanded to see the King. The guards on duty swore that she was like a towering flame as she thrust past them. They could not stop her. Straight into the King’s throne room she marched and confronted him.

She shook her bracelet before his face.

“What stones are in the Queen’s bracelet?” she demanded.

“Pearls,” the King replied, subdued by her power.

Amrita drew back her arm and hurled her remaining bracelet at his feet. The silver clasps broke and three rubies rolled across the floor.

The King bowed his head. “I am sorry,” he said.

She tore her garments in front of the royal couple and charged from the palace.  She strode out through the city gates.  Her anguish echoed off the city walls and off the rocks on the mountain that she climbed. She found a sharp flint; cut her hair and shaved her head.  Once she had breathed beauty and dreams into the cloth she wove. Now she breathed the torture of her loss down upon the city in a howling firestorm.  Sparks fanned by the wind of her passion ignited buildings. Men and women in their houses closed the shutters and cowered together. Children ran from their homes away from the screams that burned into their hearts till they were scattered throughout the countryside. The mourning of the city rose up in a dark cloud.

Hearing the people’s sadness, Amrita once again let go of her anger, just as she had when she forgave Manju. She was moved with compassion for the families who had lost their children into the wilds. Her tears became a torrent that surged down the hill into the city, extinguishing the fires of fear that her wrath had ignited. She sang softly, calling to the children to come to her from the rocks and caves and from behind trees and under large logs where they were hiding. She gathered them together and led them back down the mountain.

At the smouldering gate of the city, the people met her. The children ran and grabbed the hands of their mothers, fathers, grandmas and uncles; the dense smoke began to clear.

“The Queen has died from remorse,” they told her. “When the King saw what his actions had done, he said he is no longer fit to be our King.  He has gone away.”

Just then, palace guards came by leading the silversmith with a rope around his neck towards the hanging tree. His wife followed close.  Two small children tugged at her skirt.  Amrita stepped out in front of the soldiers and stopped them.

“Will you cheat again?” The silversmith shook his head and fell on his knees at her feet. “Take off the rope. Let him go.”

Then one of older women stepped forward.

“We want you to take the King’s place,” she said to Amrita. “You have shown yourself faithful, just, merciful and strong.”

Amrita was silent, then bowing her head, agreed to be their leader.