The Scent of Motherhood 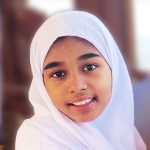 “Rock her. I’m coming. Pass me the headband and stop whining, Ragi.”

Riju fell down. So, I should go to her and pick her up and sing her a lullaby and whisper sweet things to her. I should scold Ragu. So, I do. Riju’s little pink dress is ripped. The floor slapped her hard and for the next few days it will hurt. Swollen and red, her bruise feels like a dry lychee under my fingers. As I rub, she writhes, her body twisting and squirming on my lap.

The customary hugs, ‘be careful’ and ‘tatas’ follow. The veranda is unfinished and they jump over the rubble with their bulging bags, smiling at each other when they make it across. I slump on to the mud floor and close my eyes to a rare silence; Riju has gone to sleep. A bit of crying and they all do. But no, that silence will not last. ‘It’ will wake up and demand to be fed. Or ‘it’ will soil ‘its’ clothes and demand to be cleaned. I am a slave to its needs, and it will reproach me with shrieks and cries if not swiftly attended to. I must stay alert.

Clothes everywhere. Some of them stink of its piss – a metallic sourness, of the sweat wrenched from me or of the street Ragu and Ragi played in. No matter how hard I scrub and scour, they smell the same. I smell the same. I’ve learned to accept it as the scent of motherhood. The house must be cleaned and Riju must be washed. Mother-in-law is visiting.

“O my daughter, how good to see you!”

I bend to her feet and she blesses me.

“Oh, enough, enough, now give your mother-in-law a hug.”

Her big magenta frame envelopes me tightly. Riju was born tongue-tied and my cracked and blistered nipples are flaring cuts of coal, sending hot blades of pain through me. The pain is incredible and in its sudden grip, I hug her back. Shuddering, I clench my shawl. One of its star-shaped beads becomes imprinted on my hand. I smile up at her. Riju chuckles and claps her hands anticipating mother-in-law taking her.

“Oh, you keep the house so lovely. One of these days you have to come over and do your magic. Look at baba Riju, growing up fast,  isn’t she?”

“Yes. Yes. She’s a little cheeky but this is the most memorable part of their age. Always blabbering and chattering in her made-up language. She calls Ragu ‘igu’ and Ragi ‘igi”.

“I think she’ll grow up to be naughtier than her brother and sister. What class are they now in, daughter?” She hands Riju a piece of lemon, surreptitiously produced from her flaking black handbag. Riju’s pale baby hands curiously squeeze it into her small pink mouth. Its smell is enough to set one’s teeth on edge. Her face winces in a sourly twist.

“They’re in the 4th and 5th classes. Both are so smart and helpful. Don’t know what I would do without them.”

“Ravi was also like that. Has he called, daughter? He said he would be sending money.”

Of course, why else would she be here? “Yes, mother, I’ll just get it.”

With glistening eyes, she latches on to the money.

Riju starts wailing. The lemon must have rubbed against her bruise. I gently picked her up. “Oh my baby, now, now, don’t cry, baba”. I kiss her bruise. Mother-in-law’s eyes intently watch us.

“She must be hungry, why don’t you feed her?” She got her money, why can’t she just leave? They are both looking at me expectantly. I close my eyes.

When she starts suckling, I wish I am in the depth of some ocean. I wish I am the star-print on my hand or the money in mothers-in-law’s. When she finishes, she burps in my face. Slowly, I lay her down, blowing on her bruise.

I walk mother-in-law to the door. “Ravi said he would be coming next month. May the goddess Lakshmi bless my son with another child. If you want, I can take care of the kids for a few days.”

My cheeks must look flushed because she winks at me. She hugs me again and leaves. This time everything feels numb.

There is a story my grandmother used to tell me. She would sit with her legs stretched out, clad in white linen and chewing her mouthful of betel leaf. In the warm glow of the kerosine lamp, she would look like a glorious ghost with deathly red lips. With the ardour of oil and the pungency of her sweet red delight still fresh, she would start her story. She was a rather eccentric old woman – sometimes in the middle of my sleep she would rouse me to complete a half-forgotten story.

She told me of a bird who had feathers in every colour of the rainbow and whose voice could melt the harshest of animal hearts. The whole jungle would sway as she sang and the flowers would open their petals for her, inviting her to taste their honey. One day, she fell sick and kept to her nest. Her songs didn’t stop, though, and her feathers were still as brilliant and rainbow-like as ever.

When her illness prevented her from singing, she prayed and the jungle prayed with her, and a goddess appeared at her nest. The goddess, with green eyes and a toothless mouth, looked down on her and offered her a proposition: she would give her a concoction that would cure her but she would either have to give up her voice or her feathers. She had a night to choose.

Losing her feathers was unthinkable, would anyone look at her anymore? But losing her voice would be like losing herself. The bird cried, her little body shaking in her little nest. The next day, the goddess demanded to hear her choice. Still crying, the bird looked into the jungle and chose her voice. The goddess spread her lips in a toothless smile and gave her the concoction. As promised, it stopped her illness. But her feathers turned an ashy grey and came off in a crumpling heap. Her throat felt as if it was sealed with sap and she realised what had been done to her.

Ravi’s hand has made another red patch on my face. I cover it with a frayed end of my saree; I have to go shopping. It didn’t take me too long to realise what had been done to me.