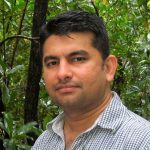 “Yeaaaaayyh Ausraaliaaa…”, my soon-to-be-six-year-old son yelled at the top of his voice as he sensed our aircraft descending and saw the modestly lit Sydney skyline at about 9 PM on 21 October, a year ago. His childish exuberance broke what was close to a pin-drop silence in the flight and invited a few unexpected bursts of laughter. For us his parents, it was the culmination of a journey in search of a less chaotic world with well-established governance, infrastructure and opportunities. It was also the beginning of another journey into the uncertain, given the backdrop of some late warnings from friends already settled in Australia, that establishing your life here afresh is not going to be ‘a piece of cake.’

The country started surprising us right from the moment we stepped out of the flight. There was an inherent calmness in everything around us. Nobody seemed to be in a rush and I had to control the urge to walk briskly as I normally do; as it would make me look like the odd one in the lot. We were a bit skeptical about the clearance of our luggage, stuffed with almost all the spices that are found in South India. We were more than relieved when the young Customs Officer who inspected our bag helped to zip it back and cheerfully said, “Welcome to Australia”. It was a welcome change from “Yalla.. Yalla” to which I got so used to, during my multiple trips in and out of the middle-east.

The Jacaranda trees were in full bloom offering a treat to our eyes. The weather was cool and the air carried the scent of fresh-cut grass. However, the trees looked tired and the leaves while still retaining their greenish grandeur, looked dehydrated. I learned that Australia was experiencing the third consecutive year of low rainfall and that parts of the country were facing unprecedented drought. I was surprised that I had read very little about this while going through multiple answers in Quora about life in Australia. I was also told that the year saw an early onset of bushfires which soon became widespread to magnitudes never seen before, causing havoc in about 50% more land area compared to the Amazon blaze of 2019. Fortunately, another force of nature, a week-long downpour throughout the east coast put an end to one of the most destructive events of the century.

Just as the bushfires were being extinguished, a micro-organism was invading human bodies around the world. This tiny nucleic acid genome protected by a protein coat began spreading all over the world and started to wreak havoc. Global markets that were continually in denial were shaken up and began to implode under their own weight; pulling down business confidence and chocking job markets. For us, the great Australian dream was on the verge of becoming a nightmare. Our savings were dwindling and the rejection mails of prospective employers indicated that the positions were on hold for the next few months. The sudden closure of international borders quashed any hopes of returning back home and weathering the storm without having to dig a big hole of debt. We knew that as new residents we were not eligible for most support schemes of the government.

Then came a series of announcements from the government to support the economy and save livelihoods. The news that waiting periods will be waived for newly arrived residents to avail government support, was more than music to my ears. Measures taken by the government, combined with the inherent trait of Australians to follow regulations in the best interest of all, ensured that Australia was the best place to be present during this hopefully-once-in-a-lifetime disaster. For me, the lockdown was a period for forming a clear view of the road ahead and preparing for the journey by reskilling and upskilling. As the threat of the virus still looms large and the deep wounds that the economy had to suffer may take years to heal, I am confident that Australia will emerge wiser and stronger from this unprecedented crisis. I am also confident that my future generations will be thankful to me for choosing the land of ‘fair go’ vs the ‘land of fairs’ to settle down eventually.

In joyful strains then let us sing,