The Impact of COVID-19 Crisis on Indian Economy 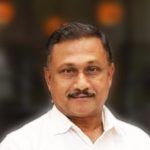 Coronavirus was first detected in Wuhan, China, in December 2019. The precious lives of thousands of people were lost. The virus named Covid -19 spread to Europe and the U S. In India, the first Covid positive case was reported in Kerala in January 2020. By this time, the virus had spread so fast infecting many countries around the world. The World Health Organization (WHO) declared the virus outbreak a Pandemic in the second week of March 2020. Many countries went to lock down and India announced lock down on 23rd March 2020.

As on 29 September 2020 it has affected 320 million people in the world and more than one million people lost their lives. India remains one of the worst hit countries by the pandemic with cases soaring up to 9.5 million and fatalities at 96,000. It is an unprecedented crisis. How long will it last? No one knows. The Indian economy has been contracting for the first time in the last several decades. But India’s economic woes did not start with the Covid-19 pandemic. The receding state of the Indian economy began a few years ago. The demonetisation provided the first shock in November 2016. Before the economy had time to recover from it, the second shock was in the form of Goods and Services Tax (GST) introduced in July 2017.

2020 is a year of losses. According to official data released on 31st August 2020, real quarterly GDP contracted by 23.9% between April-June 2019 and April-June 2020.  The contraction of the economy raises concern on the employment situation. The lockdown has hit disproportionately hard the unorganised sector which accounts for 45% of output and 90% of employment. There has been substantial fall in income of the household sector and the Micro Small and Medium Enterprises (MSME) sector. Sectors like Travel, Tourism, Logistics, Real Estate etc. are in a mess and limping. The crisis has hit everyone including the Government. This is an economic disaster which has various dimensions. They are:

But first, let us make a brief assessment of the Indian Economy. India is a rich country inhabited by poor people. India had a glorious past. India was one of the richest countries in the world having trade relations with many countries. Indian products had great reputation and were highly demanded in the international market. European countries were eager to establish a sea route to India for trade purposes and the English succeeded in establishing an empire. At independence, what we inherited was a looted, plundered and amputated economy.

Even now, India is rich and has the potential to become a developed economy. The basic requirements for achieving economic development are Natural Resources and Human Resources. India with its wide variety of flora and fauna, minerals and water, is really blessed with natural resources. India being the second most populated country with 138 Crore people, with majority being young, is really rich and enjoys the ‘Demographic Dividend’.

Historically, India was the largest economy in the world for most of the two millennia from 1st century to 19th century. In the post-independence era, from 1947 to 1991, India followed protectionist economic policies with extensive state intervention and regulation. The growth rate achieved was restricted to 3 to 4 percent. After the major economic reforms in 1991, India has emerged as a fast developing, richer country growing at 7 to 9 percent.

But the economy has been going down and down during recent years. And now we have to face and overcome the Covid -19 crisis also. The strengths of the nation are ‘Demographic Dividend’, wide market for goods and services, high savings and investment rates and increasing integration into the global economy. The weaknesses are  economic slowdown in recent years, alarming fiscal deficit moving to 4.59 % now which might go up to 7 – 9 % of GDP, growing unemployment rate at 7% now, which may go up to 10 – 15%, high dependency on China, vast informal sector, problems in the agricultural sector and extreme inequality of income and wealth.

Covid -19 crisis is a reality and we have to face its short term impacts and long-term consequences. In the short run, prime importance should be given to safe-guarding the life and lively-hood of the people. At least the basic necessities should be provided to the needy and poor, especially the daily wage earners, migrant workers, marginal farmers, agricultural workers, auto and taxi drivers and the large multitude of workers in the informal sector. The government should safe-guard and ensure that the Micro, Small and Medium (MSME) firms are not shut; if not, thousands will die out of poverty.

In the long run, the year 2020 is going to be a great landmark in the economic history of the world. 2020 is a ‘Great Divide’, a ‘Digital Divide’ for the nation and for the whole world. We are bound to change. The modes of production, consumption and exchange will all change.  While migration from rural to urban areas continues, people may move from urban to rural areas also. Work units may move from larger cities to smaller towns. The practice of working from office may change to working from home. Now is the right time to initiate a ‘Back to Farm Movement’ and promote agriculture, not traditional farming but high tech and organic farming.

We have to accept the reality that Indian economy which was in a slowdown even before the COVID threat, is now moving to a recession and on the verge of a depression, if the stimulants fail and the shocks continue. India’s growth in the fourth quarter of the fiscal year 2019-20 went down to 3.1%. The World Bank and Rating Agencies had revised India’s growth for FY20-21 with the lowest figures. Moody’s rating agency slashed India’s growth projection for the current fiscal quarter to -11.5% from -4% estimated earlier. CRISIL estimates it as India’s worst recession since independence. Unemployment rate rose from 6.7% on 15 March to 26% during the lockdown period. During the lockdown, crores of people lost employment while salaries were cut for many others.

Due to the Covid crisis, more than 50% of households across the nation have reported an income drop. Supply chains have been put under stress. Young start-ups have been impacted as funding has fallen. Stock markets posted their worst loses in March 2020. Many events like Olympics, Tech Meets and Games have been cancelled or postponed. Covid -19 will have deep and wide-ranging impact on key manufacturing industries like the auto sector, gems & jewellery, textiles, engineering, aviation, shipping and logistics, hospitality and tourism sectors. The Tech, Internet, E-Commerce, Fast Moving Consumer Goods (FMCG), food processing, drugs and pharma sectors might see an upward trend directly related to Corona compulsions.

Fiscal and monetary measures are followed by governments to fight similar crisis.  On 26 March, economic relief measures for the poor were announced totalling over ₹170,000 Crore (1.7 Lakh Crore). On 18 April, the government changed India’s Foreign Direct Investment  (FDI) policy to protect Indian companies from take-over during the pandemic. On 12 May the Prime Minister announced an overall economic package worth ₹20 Lakh Crore, 10% of India’s GDP. The stimulus package is a mix of fiscal measures, monetary measures, ease of doing business processes and few fundamental economic reforms. Primarily the stimulus measures are focussed on providing the basic necessities and providing health care to the poor and needy. The performance of the Centre and State governments is commendable. The commitment and dedication of Doctors, Nurses, Para-medical staff, Police, Media etc. should be appreciated. The panacea of immediate remedy is free ration, supply of essentials and transfer of money to the poor through Direct Benefit Transfer (DBT) like Jan Dhan accounts. But the alarming problem we face is Fiscal Deficit. India ended the year 2019-20 with a fiscal deficit of 4.59% of Gross Domestic Product, against the target of 3.8%, but reports say presently it has crossed 7 – 8 %. Generally, the stimulus packages are Supply side oriented and not Demand side oriented.

As part of Monetary intervention, the Reserve Bank of India announced a number of measures which  made available ₹3.74 Lakh Crore to the country’s financial system. On 17 April, the RBI announced more measures to counter the economic impact of the pandemic including ₹50,000 Crore special finance to NABARD, SIDBI and NHB. Repo Rate was reduced to 4%, Reverse Repo rate to 3.75% and Cash Reserve Ratio to 3%. Despite the series of interest-rate cuts announced, they have failed to stem the recessionary tide. The liquidity of over Rs 7 Lakh Crore in the banking system must find its way to borrowers and those corporates that need credit. That remains a challenge for the Government and the RBI.

But, Non-Performing Assets (NPA) is a very serious concern for the banking system. There is huge build-up of bad assets (NPA) in the financial system. Mounting NPA is a great alarm and threat to the banking system in India which was relatively strong and concealed due to the dominance of the public sector banks. Presently, the NPA of nationalized banks is alarmingly high to the tune of 8 to 12% compared to the private bank’s 2 to 4%. NPA of public sector Banks stood at Rs. 7.27 Lakh Crore as on Sep. 2019 (9.9%) plus frauds to the tune of Rs. 1.3 Lakh Crore.  High NPA results in credit contraction, reduction in recycling of funds, decline in interest income, contraction in money circulation and gradually slowdown of the economy. It necessitates higher Capital Adequacy Ratio (CAR) and more capital infusion.

Thus, a combination of fiscal and monetary policies might be just what’s needed to get India out of its frustrating and complex recession.

The Pandemic Covid-19 crisis is also a golden opportunity for India to reform and rebuild its economy to attract more foreign investment to the country. RBI along with the government must do all it takes to rebuild the Indian economy.