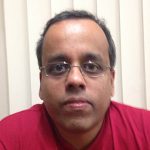 Most of us have heard about Newton’s third law of Physics – for every action, there is an equal and opposite reaction. In a broad sense, the law of Karma also works the same way. It is a spiritual law that essentially states that good karma – deeds – begets good results and bad karma results in bad results.

Some people might have a hard time understanding this concept. Because, unlike Newton’s theory, which can be demonstrated, the theory of Karma is often without any tangible examples. However, according to ancient Rishis and Munis, or the seers, every action and thought is recorded in the cosmic intelligence. They are suitably rewarded sooner or later. The only difficulty is, it is nearly impossible to demonstrate the Karmic laws.

However, if you take the holy books or scriptures, they essentially proclaim the same in one way or the other. The bible says, ‘Do to others as you would have them do to you’ (Luke 6:31). Similar thoughts are propagated through most religions. Humankind has evolved into its present state after thousands of years of transformation and advancement.

Right from the days of cavemen, competitiveness has been the main facet of human struggle and survival. However, as we evolved, better moral and ethical values also evolved. This has resulted in the refinement of thoughts, culture, and religion, among others. As time went by, the actions and thoughts of people were evaluated, and based on this understanding, newer concepts and theories were formulated.

It was observed that good deeds generally brought good results and bad deeds, bad results. Thus, people were encouraged to do good to others because if they didn’t, the results would have been bad as well. Of course, that didn’t always mean instant gratification or instantaneous results. The law of Karma depends on the deeds of not only this birth but also of last births. So, if you did good deeds this time around, you are not only assuring good results during this life but also erasing the effects of bad deeds of previous lives or even saving up for the next life.

Since Hinduism believes in re-birth, the law of Karma has a huge impact on the lives of its followers. It not only provides an impetus to do good in this life but also offers a path of redemption for any past misdeeds. Thus, the Hindu religion urges its believers to possess high ethical values, morality, and benevolence so that they can partake in good karma. This also helps in washing out any bad karma in the past or present lives. There is always the opportunity to rectify oneself and attain progress in the field of spirituality.

According to Upanishads, time is a giant wheel that rotates on and on. It is described as the wheel of cosmic consciousness. As long as an individual considers himself as different from this consciousness, he will continue to revolve in the never-ending cycle of birth and death. And when the individual realizes his true identity as one with cosmic intelligence or consciousness, he is freed from the eternal birth circle. He attains moksha or ultimate salvation.

The law of Karma can guide him in his quest – karma is based on the premise that the universe responds to the actions, thoughts, and desires. The theory was proposed by sage Yajnavalkya in the ancient text – Brihadaranyaka Upanishad. One of the earliest philosophers of the human race, this wise sage introduced the concept of Karma.

He said that a person becomes good by doing good and turns bad by doing bad things. This applies to the thoughts and desires as well. Hence, our thoughts, desires, and deeds must be in complete harmony with one another for reaping the maximum benefits of good Karma.

There are different types of Karma. According to Hinduism, they are:

Let’s look at these in some detail:

Sanchita Karma – It is the sum total of actions performed until now. It is the karma you have accumulated during this and past lives. Sanchita Karma is the sum of all karmas you have done in all your lives. This includes both good and bad Karmas. At this stage, good Karma does not automatically cancel the bad Karma. It can be compared to the arrows in the quiver of an archer. These are unresolved karmas which can be used to resolve the karmic balance at an appropriate time. Much like the arrows stored in the quiver can be used as and when required.

Agami Karma – The name itself suggests that this is Karma for the future. Just like the archer selects an arrow and puts it on the bow, all ready to release it at the right time and target, Agami Karma is a part of Sanchita Karma used for future purposes. Like an arrow ready to discharge and hit the target, Agami Karma can be a powerful tool. However, if you mistime it or use it on an unsuitable target you are likely to face failure.

Prarabdha Karma – This is that part of Sanchita karma manifested and experienced during this lifetime. It is all about action. The arrow has already been released and is zipping through the air to hit the target. Things are in motion and the action and result will be seen soon.

Kriyamana Karma – This is the active Karma at present. The arrow has hit its target and you will feel the pleasure or pain. Whatever it is, it is happening right now. Or has just happened. The more you do, the more you experience – whether good or bad. Most importantly, the reaction to this creates new karma. So, it does not end with the arrow hitting the target. As the eternal wheel of time, the karmic cycle is also continuously moving.

Cleaning up the Karma

Does that mean man is nothing but a helpless victim of circumstances and can do nothing to clean up his Karma or tilt the balance in his favour? Nothing can be far from the truth. And the way to clean up Karma is surprisingly easy if you know how to master it.

According to the ancient Rishis, meditation is a sure shot means to clean up bad karma. It is not just sitting still or idle. The Rishis have developed ways and techniques to burn out bad karma through meditation. A person who understands the essence of meditation understands Agami karma and can take steps to dissolve it or use it for other purposes. Our subconscious mind is said to be the storehouse of agami karma. If we can control the subconscious mind, we can pretty much control everything.

Life is full of challenges and problems. A lot of our karma is accumulated based on how we think, act, and react upon them. If we act calmly, in peace with the situation and humbly, the burden of Agami karma reduces to a large extent. Our awareness plays a key role in this – not physical awareness, but subconscious, spiritual awareness. When we are positive, determined, and with will power, not many Agami karmas can overpower us.

But the effect of Prarabdha Karma can be nullified only through a deeper awareness of yoga, spirituality, and cosmic intelligence. Meditating on “Om” is said to be a powerful tool towards self-awareness, which is the first step towards the elimination of effects of Karma. It is important to understand that Karma, whether good or bad, has created bondage. So, for moksha, one has to be free from all Karmic results. This is attained only by realizing the self’s identity as one with cosmic consciousness.

If you must accumulate Karma, it is better to opt for good karma – for obvious reasons. According to Hindu philosophy, one can accrue good karma through a wide range of actions. This includes feeding animals, especially the cow, service wise people, service to humanity, donating for a good cause, protecting lives and environment, giving food, clothes, and shelter to the poor and needy, pilgrimage to holy places and shrines, performing yajnas and so on. Likewise, taking a dip in holy rivers like the Ganges is also said to nullify some ill effects of bad karma.

Good, positive thoughts along with doing and thinking good for others can go a long way in the path of good karma. Meditation, diet control, exercise, moderation, clean surroundings, maintaining a pleasing personality all earn you brownie points when it comes to Karma.

When you walk on the right path without giving up, no matter what the obstacles are on your way, you will reach your goal sooner or later. When you walk along the path of good karma soon you will pass several milestones and finally, you will reach the destination of self-realization, thus breaking the karmic cycle and the birth cycle.

Karma in other texts

Another Hindu text that talks about Karma is the Bhagavat Gita. Lord Krishna speaks about the various karma and why one should never shy away from performing karma, no matter how difficult it looks. He also tells that a true yogi is one who performs karma without worrying about the results. You are only entitled to do your karma, the results will follow – you need not worry or rejoice in it. When you can do that, you will be able to undertake your duties for the good of everyone and in all likeliness, the reward will also be good.

Bhagavat Gita goes on to proclaim that even inaction is a kind of action and so one should not think that by not acting upon anything he is saving himself from the results of Karma. He will have to suffer the consequences of not acting when he was supposed to act. So, there is no escape from it, other than through meditation and self-awareness.

When you attain spiritual growth you not only understand the concept of Karma better but can use it for hastening your journey towards self-realization. Such a person no longer needs a tangible example to understand the working of Karma. He has already developed a deep understanding of the matter and has been able to exercise some kind of control over it. Since he knows how powerful a tool it can be, he uses it as the arrow in the quiver of a well-accomplished archer or warrior. Not even a single arrow is sent forth untimely or wasted on an undeserving target.

So, if you think your thoughts and actions do not count, think again. Just like everything you have ever written in the virtual world is not completely erased forever, your thoughts and actions are recorded in the cosmic consciousness and are never fully erased. You can replace the bad with the good – it is a time-consuming project and might often run over several lives. So, starting today, be mindful of your thoughts and actions. If nothing else, it will help you make better decisions and become a better person. That, in essence, is the first step towards self-realization and burning off some bad karma.